It was an experience. Having done it once, I can honestly say that once is enough if conditions are as they were yesterday. Below is a recap as experienced by our family. Feel free to share your experiences and impressions. We are very curious as to why the ride went the way it did. a loaf of banana bread, slices individually wrapped. Granola bars and other munchables were packed.

Sunblock was liberally applied and then covered with sweats.

Other bloggers were delayed on the"5 Boro" express so a Cycling Knitter meet-up did not happen. (This was our fault, we were anxious to get started, sorry guys!) Perky and ready to go after a brief 3 mile ride from the start to the 50s.

A very brief stop at the first rest area -- my school. Papa and Squidette had a chance to use the facilities, Little Squid and I decided to pass and just grabbed some bananas. The view as we walked up the ramp to the Queensborough Bridge. (59th Street Bridge) The walking was due to the bottleneck, not due to a lack of ability on our part. A view of the Auto Auction as we walked by. Notice the use of the word "walk." We did a lot of it. Far more then we expected to. Bottlenecks occurred at the entrance to Central Park (apparently normal), near 72nd Street inside Central Park, near the 110th Street exit from Central Park, at the entrance ramp to the Queensboro Bridge, at various points in Queens and Brooklyn, and at the "festival" on Staten Island where it took us 1.5 hours to make our way from the Bridge exit to the park exit. We will not discuss the ride to the Ferry terminal -- again that one was expected.

We expected the crowds and walking at the start. Were not surprised by the Central Park entrance bottleneck and the Ferry wait. (Though the first Central Park bottleneck was exacerbated by parade floats crossing from West to East.) We were surprised by the other bottlenecks, particularly the ones in Central Park. We were surprised to find the second rest stop already closed and being bypassed when we finally came off of the 59th Street Bridge. We rode, when allowed to, at a fairly steady pace of about 10 miles per hour so we really didn't understand why the rest stops were closing except that the walking portions were unanticipated and slowed things down considerably. Many of those around us were similarly surprised. People passed us early on and we passed people later on. (Never underestimate the energy of a fourth-grader.)

We arrived at Battery Park by 7:05 a.m. and were in the group that started from Vesey Street at 8:45. A colleague was a block or two ahead and started rolling at 8:20. He only encountered the Central Park starting bottleneck and the Central Park ending bottleneck in addition to the horrendous wait to get out of the park in Staten Island. It seems that he was either on one of the ferries that left with ours or maybe the ferry group ahead of us. His 25 minute earlier start made the difference between getting to the second rest stop or being shunted to the 3rd as we were. That was a bit scary since we wound up riding in pairs intending to reunite at each rest stop. When I rolled off the bridge and found the shortcut in effect I got worried that we'd lost Papa Squid and Squidette. Fortunately, or not, they had also been shunted aside so they were waiting for us.
We did not spend a lot of time at rest stops. As a matter of fact, we spent very little time at any of them. All Squid used the facilities at the 3rd rest stop and we all bypassed every other rest stop including attempting to bypass the festival. Every time we got to a rest stop they started yelling that they were closing it in 10 minutes. Even the music at the festival stopped at 4:00, an hour before the festival was scheduled to end. Since people were not able to leave it didn't seem to be a cue to get people to leave. Given that we got to the ride start at a more than appropriate hour, things did not go as we expected.

Do we regret the ride? No. The kids are indeed jazzed that they did the ride despite the long day. They loved riding over the bridges though the BQE got boring for Little Squid after a few miles. Personally, I found the first FDR tunnel terrifying. The road was pitted and I briefly lost Little Squid in the dark.

Will we do it again? Nope. Next year, the kids can go to Hebrew School or even the Salute to Israel Parade (which counts as Hebrew School for the day). We'll ride on Saturday and leave the streets to others on Sunday. Anyone want to join us for the Century? We'll be doing the 55 mile section (maybe the 75). The streets aren't closed but they aren't crowded either. Last year we were home by 1:00 after doing the 35 mile portion with nice, long, rest stops where we actually sat down and had a solid snack before hitting the road again. This year, with larger and stronger Squidlings, we expect to be able to do a longer portion in the same amount of time.

More photos can be found here and here. And, if you fast forward through this to 1:46 you can see Mama Squid in all of her bundled up glory. (Front and center with a yellow fanny pack on a blue Bike Friday.) Little Squid's flag and back tire is off to the left.
Posted by Devorah at 6:45 AM

One would think that there would be better planning for that kind of event given the size of New York City and all of it's boros... boroes? :?

I'm so glad that no one got lost, hurt or anything... and that everyone remembered their sunblock. Now I want banana bread. /sigh

Yikes! I found the whole idea rather mind boggling, but your account makes it seem almost a nightmare. Sorry that it wasn't organized better. But hooray for all of the Squid that they got through it without incident. Yay for y'all.

Now I am really glad that I took the ride vicariously through the Cycling Knitters. I don't do well with big crowds and long waits, (not to mention closed rest stops!) But it sounds like, despite the glitches, you and your family had a good time together that makes for good memories.

It sounds like you all had as "fun" a time as we did. Your post, including title, is pretty similar to my draft post...the walking and waiting and bottlenecks. I didn't know about the parade from Central Park though. But we did shut down and were practically thrown out of rest stop #2...I'll post photos as soon as I can. We are *so* sorry to have missed you.

Congratulations on all finishing the ride!

Sorry I couldn't make the meetup! I hope there will be other opportunities. I've always wanted to try the Century. Hm.... ;)

This is the first time I've had such an unsatisfactory experience in Bike NY. I made sure to provide feedback to the organizers.

That's pretty par for the course with the 5 Boro - - I've done it 3 times and would have been there again if I didn't have a wedding to go to. There is always a lot of walking.

Oof! I would have been so frustrated by having to walk instead of cycling! Does not seem like a fun thing to me, but the little video that you linked to did sort of give it a "community-building-bonding" sort of feel, so what do I know? I just like to go decently fast on my bike and would have gone bonkers with all of the crowds and walking.
Looks like you got to see some beautiful sights, though.

I found this site using [url=http://google.com]google.com[/url] And i want to thank you for your work. You have done really very good site. Great work, great site! Thank you!

Who knows where to download XRumer 5.0 Palladium?
Help, please. All recommend this program to effectively advertise on the Internet, this is the best program! 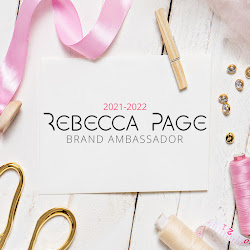